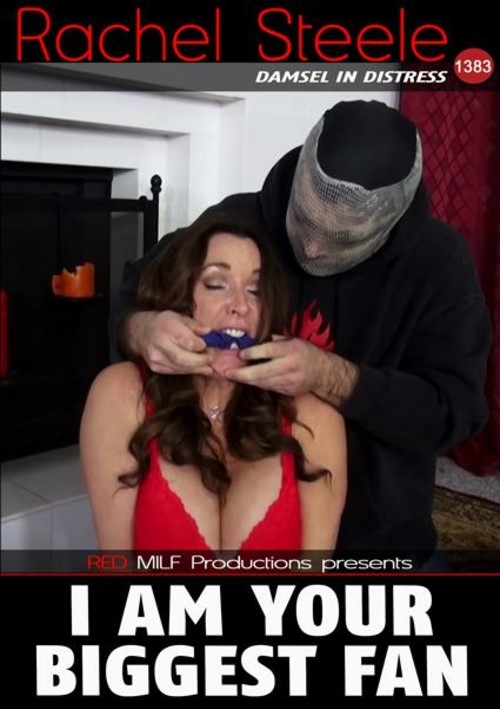 Damsel In Distress 1383 - I Am Your Biggest Fan
Pornstar Rachel Steele encountered an over-enthusiastic fan while out she was out shopping. He pestered her so much that she got the creeps and began to fear for her safety. After managing to give him the slip, she drove home and told her bodyguard to keep an eye out in case the fan followed her back. On the first occasion, the bodyguard turned the fan away. Second time around, the fan sneaked into the house wearing a disguise. He then advanced upon Rachel from behind while she was in her room with her back to him. She had just donned some sexy clothing given to her by others fans, and she looked sizzlingly hot. As the fan grabbed her, clamping his hand over her mouth, she tried to scream for help. But it was all to no avail. Presently, Rachel found herself bound, gagged and lying on the floor. At her side was the fan - complaining that Rachel had wrongly shunned him after all the devotion he had shown her. But that was all in the past for him. All he wanted now was to fuck her like he had seen so many lucky male co-stars do her in her movies. Poor Rachel was powerless to stop him - other than plead with him not to harm her. The next thing she knew, she was being made to suck his cock. Then, after the fan had licked her pussy for a long time, he fucked her in the doggy and missionary positions before cumming on her pussy. He then got up and prepared to leave - a very satisfied sicko. Meanwhile, still bound up, a Rachel shouted after him - vowing to make him pay for what he had done.